yes! looking up in the old maps :Columbus called the tribal people he met “indio” (italian -in Dio-in God)…the cultural genocide was intended to wipe out our thinking, and make us “white”…(!?)

In a provocative piece, the American Indian Movement activist lashed out at European “death culture” and the left. 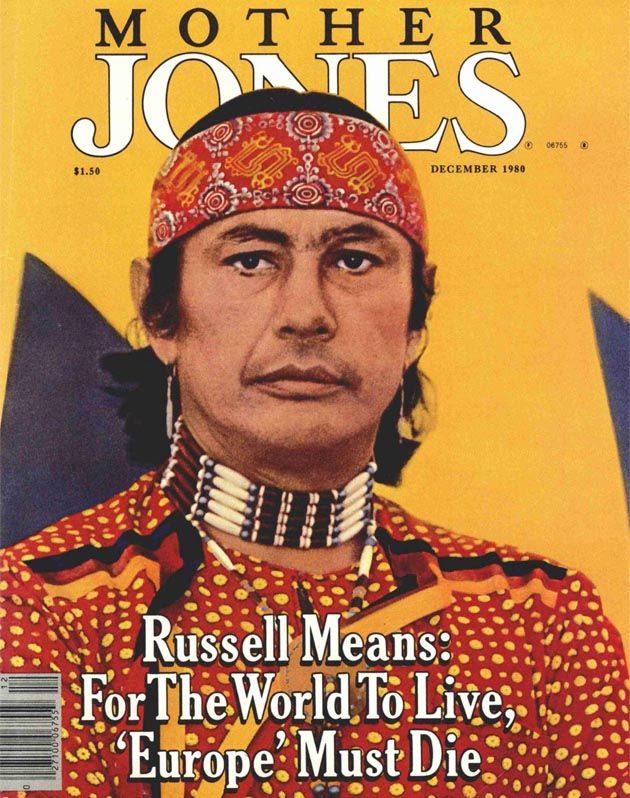 Editor’s note: This article originated as a controversial speech given at the Black Hills International Survival Gathering on the Pine Ridge Reservation in July 1980. A member of the Oglala Lakota tribe, Russell Means was perhaps the most outsized personality in the American Indian Movement, beginning with the 1973 occupation of Wounded Knee. He also had an acting career beginning with his role as Chingachgook in Last of the Mohicans. He died Monday morning at age 72.

The only possible opening for a statement like this is that I detest writing. The process itself epitomizes the European concept of “legitimate thinking”: what is written has an importance that is denied the spoken. My culture, the Lakota culture, has an oral tradition, so I ordinarily reject writing…

This site uses Akismet to reduce spam. Learn how your comment data is processed.